Today was a good day, starting this morning. I am on my non-running day so today I took a short bike ride, 11 miles or so. I enjoyed it because it was a clear, beautiful winter day in the countryside as you can see from the photograph below. The downside of such rides on a February day in the UK is the temperature. Today it was -3 degrees which is unbelievably cold when one factors in the usual windchill associated with cycling. 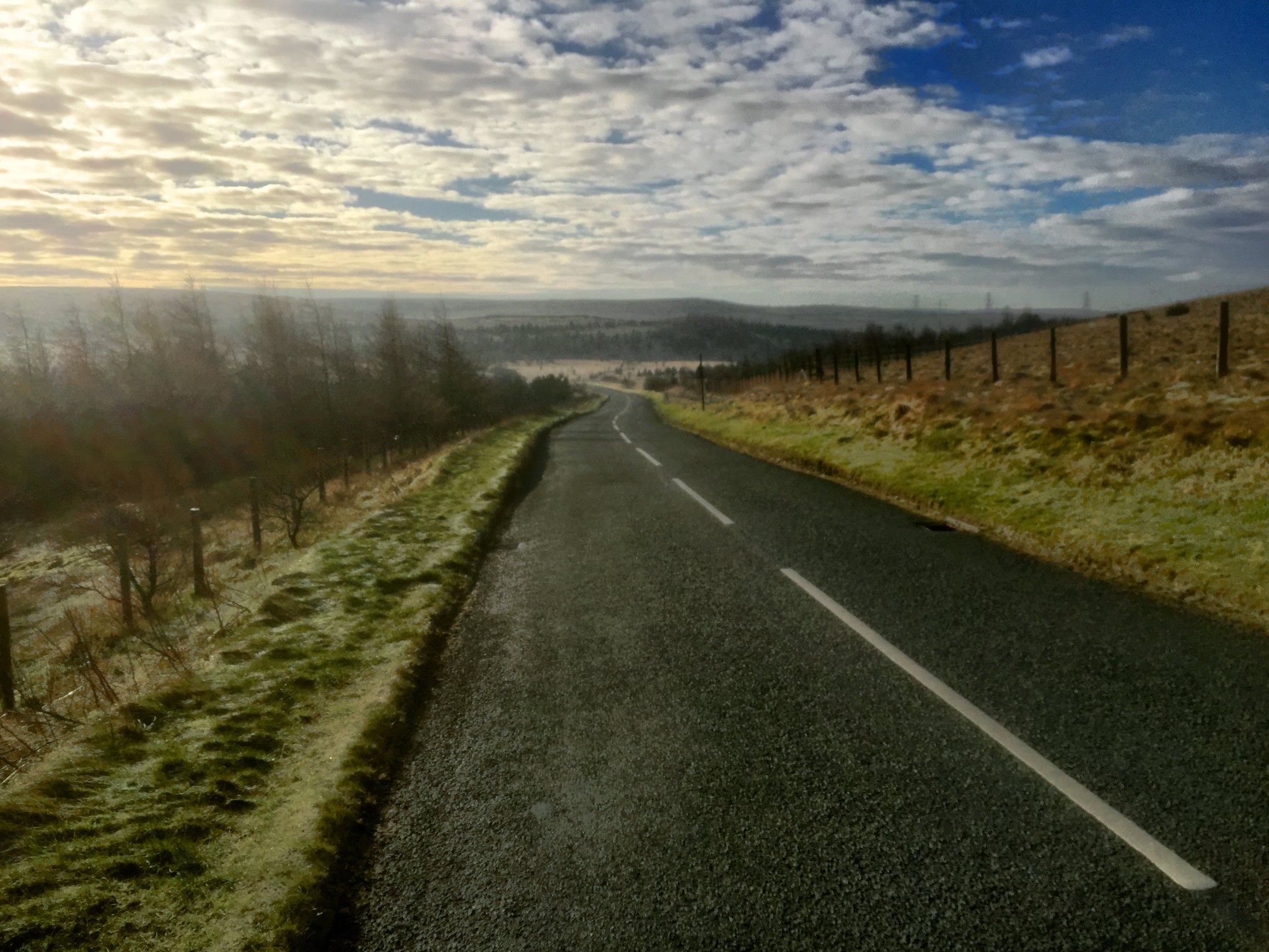 I always log my rides using my Garmin Edge 800 (I will trade up to an Edge 1000 at some point – love that thing) but in order to fulfil my workout targets on my Apple Watch I logged the ride using the workout app on that too. It did duplicate the workout on My Fitness Pal so I had to delete the Apple version because Garmin counts calories and calculates climbs and so forth with far greater accuracy than any app can. I will do things this way in future because previously I used to have to add my calorie burn and distance cycled to iOS Health manually, this way it gets done for me so it is easier to delete from My Fitness Pal than to add all of that manually. In an ideal world Garmin Connect data would automatically be pushed to iOS health but that isn’t an available feature yet. I think it might be an Apple thing because I have had to add manual info whenever I track with anything that isn’t an app so I don’t think that Apple allows third party apps or services to push data to Health retrospectively without an iOS app being involved. On the other hand however, I can easily see that being epic stubbornness on the part of Garmin. Just see their annoying behaviour in respect to Strava for evidence on that front. I’ve asked Garmin and got no answer and Apple have not been forthcoming either.

This evening I managed a milestone swim of 3000 metres, consisting of four drills of 30 laps.

This was yet again a swim where I could have done a lot more had I had the following five days to recover. I feel I did around 75% of what I could have done on the night, however we mere mortals do not have the luxuries of pro athletes. I have real life in the morning! Still, in a way I have done two thirds of a triathlon today. That is definitely new.