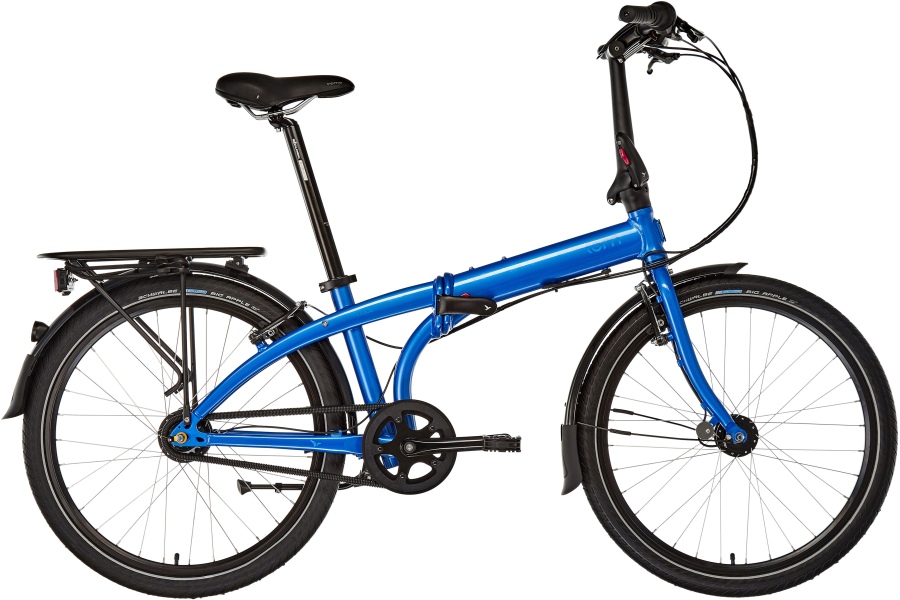 For a long time I have been taking stock of my cycling situation, specifically in regards to commuting. My focus has been on finding the right bicycle, one that is portable, fun to ride but which still gets me around fast. Well, so help me oh lord but I think that I may have finally found it.

Folding bikes, and I would also suggest city bikes in general, are enjoying something of a resurgent era. I live in the north of England, about thirty minutes from Manchester and I have watched with keen interest the efforts of mayor Andy Burnham as he has been attempting, and at last succeeding, to take the city bus network back into public ownership. As the country tries to remember that there are people in places other than London who would like to get to work, he has been grafting hard on this and his recent court victory is a huge step forward. The news that he is capping bus fares at £1 and £2 for children and adults respectively is great news for a city, and indeed a country, that is being strangled by car usage and corporations using public services to gouge people with extortionate fares.

All of this means that cycle commuting is becoming attractive, notwithstanding some absolute terrible biking infrastructure. For me the folding bicycle has always been problematic. Some of this is due to them being relatively expensive, Bromptons for example are absurdly priced, and some of this is because of the 16/20 inch wheels that tend to be standard. A full size foldie would, for me, negate the whole point of having one as I need something I can put in the car also. The small wheels are an issue because, where I live, wherever you cycle if heading out of town is uphill. Cycling uphill on small wheels isn’t particularly difficult but it just takes so long to do it. These bikes are anything but fast. I know that the Brompton Elite Fanbase (TM) swear by them but if I did have upwards of £1000 to splurge on yet another bike, it would not be a sixteen inch wheel, overpriced luxury machine. I have nothing against them but that amount of money is preposterous.

Nevertheless, the fact remains that a foldie is a great solution to many problems and so I spent a long time scouring the web for one, eventually coming to settle on a middling price 20 inch wheeler. My hand hovered over the checkout for many days until I suddenly spotted something beautiful…

Tern are a company that formed after the father and son ownership team of Dahon split in a dispute, with Tern being the new business venture of the latter. They make all sorts of bikes, including the now-discontinued Tern Node D7i:

On the Tern website they now sell the Node D8, however if one Googles the D7i then the page is still accessible. The D8 differs from the D7i in that it does not have the hub gearing and he chain is not sealed, two features that I think they ought to have kept as they are great for stopping oil getting on clothes or chain slap in general.

The D7i appears to be a rare find. I could only locate the one I bought, used, via eBay. The previous owner very kindly gave me two Tern baskets that attach to it, one front and one rear. It has 24 inch wheels as opposed to the bog standard 20 found on most foldies, and it is beautiful. The bigger wheels make for a much faster bike than my previous 20 inch wheel foldie, and it is also lighter than that bike and folds down better, faster and smaller. The caveat there is that the other one was older and cheaper, but nonetheless the D7i is way ahead. The front light is dynamo powered so I only need a rear lamp, and the bike is far easier to carry in its folded state than the old one. This might be the best bike I have ever had for commuting and general city and urban cycling.

So I appear to have raised the standard of my commute. As I have ridden it twice around the block to test it you can expect more detail on here later…